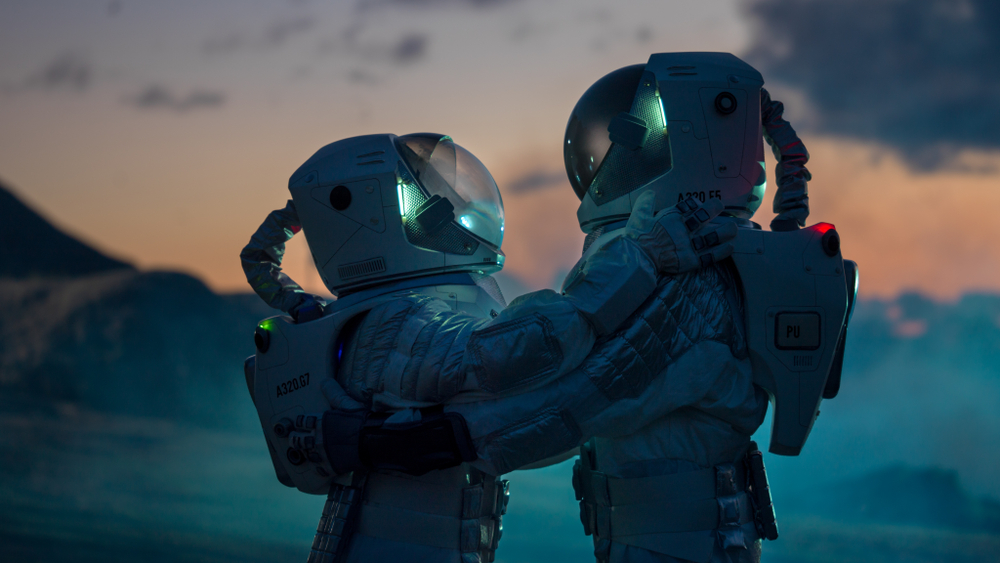 Valentine's Day is here! Let's look back into most exciting love stories that have ever happened in our universe. As space becomes more approachable, love in space has a chance of becoming the new normal

It was Sunday, August 10, 2003. Russian cosmonaut Yuri Malenchenko was on the International Space Station (ISS). His bride-to-be, Russian American Ekaterina Dmitrieva, was 400 kilometers below at the Johnson Space Center in Houston, Texas. And they were getting married.

While on videoconference, the bride and groom put their wedding rings on and blew kisses to each other. Thanks to a Texas law, which allows proxy marriages, Malenchenko became the very first — and for now the only — man to marry in space.

Malenchenko and Dmitrieva had planned an ordinary ceremony, but the groom’s mission on the ISS was prolonged, rendering his timely return impossible. The couple chose to proceed with the wedding despite the physical distance between them. Two months before the big day, the cosmonaut received a package with his wedding ring and a bow tie. 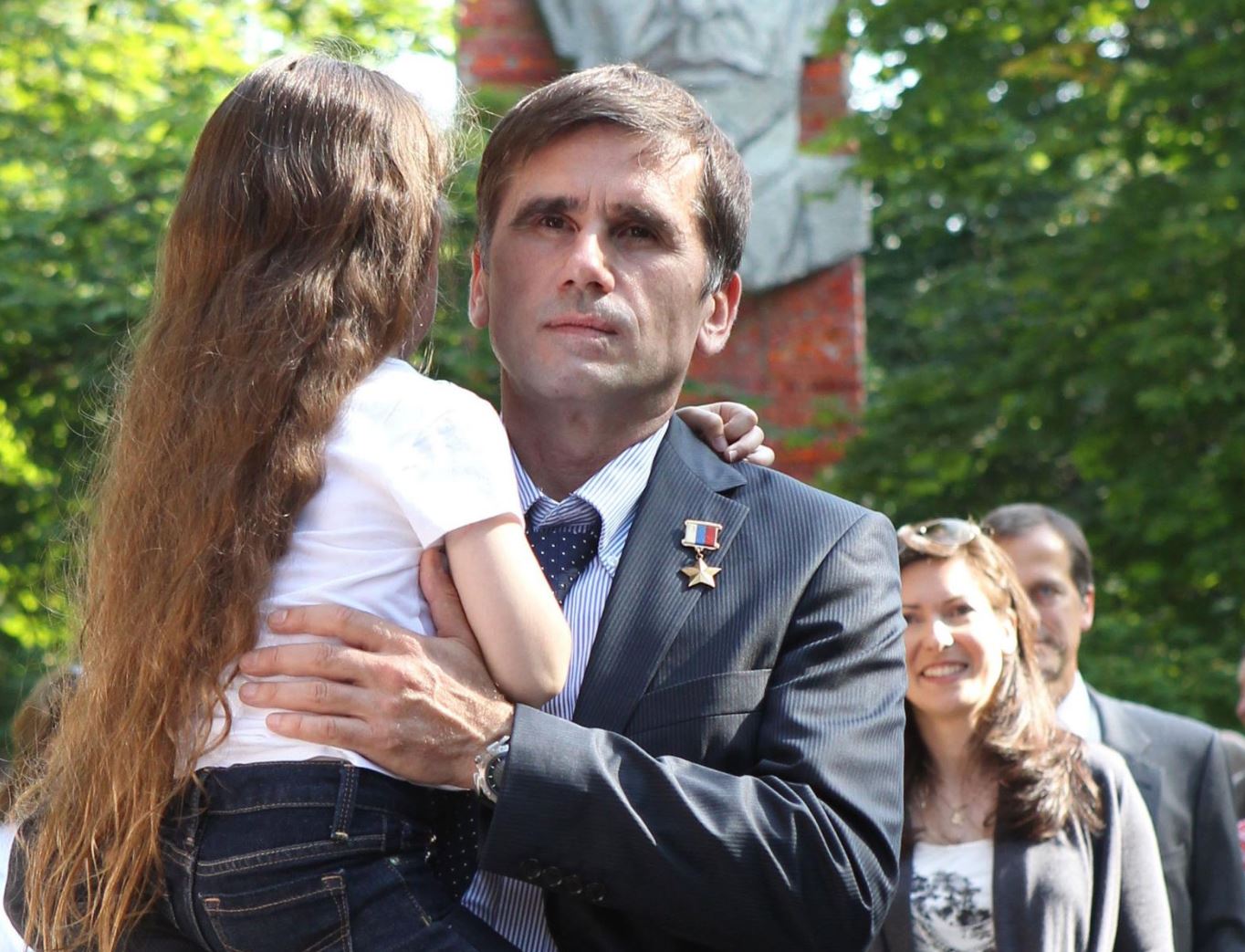 Jury Malenchenko became the very first — and for now the only — man to marry in space. Photo credit: Roscosmos

When Russian officials learned about Malenchenko’s plan, they tried to persuade him to change his mind. According to Soviet-era rules, any officer — Malenchenko was a colonel — must ask for permission to marry a foreigner, and the cosmonaut did not.

“Unfortunately, Yuri put us in a very uncomfortable position,” a spokesperson for Russian space agency Rosaviakosmos Sergei Gorbunov told RIA Novosti. “He hasn’t notified us at all. Although his bride asked for permission of authorities and informed NASA, Yuri did it another way. He hasn’t told us before the mission. Instead, he called from orbit.”

NASA officials were more supportive and even let the bride hold the Earthly part of the ceremony at Johnson Space Center. That did not stop them from noting that Malenchenko would be using the ISS in his personal needs, which is prohibited (however, station rules do not forbid performing weddings there).

The groom’s parents did not appear to be fans of his idea neither. "We don't understand this and don't think it should be like this," said his mother, Nina, who found out about upcoming ceremony from newspapers and television.

But in the end, Russian officials gave Malenchenko their blessing, warning that it might be the last space wedding. Ever since, all members of the ISS crews have had to sign a paper that forbids any wedding ceremonies during missions.

Many had predicted that Malenchenko’s career would suffer, but he flew to the ISS three more times and retired in 2016 after cumulatively spending more than 827 days in orbit. His father, Ivan, recalled: “He told his mother, 'Don't cry. Now everybody will know two Yuris.' One, Yuri Gagarin, the first man in space; and now Yuri Malenchenko, the first man to marry in space.”

American astronauts Jan Davis and Mark Lee had their “honeymoon” in space in 1992 and were the first and so far only married couple to fly together. Davis and Lee met during astronaut training -- they had been members of the same crew. They eloped shortly before the launch and revealed their marriage to NASA last-minute.

Since the incident, a honeymoon in space is also not an option, at least for NASA astronauts: the administration prohibits spouses from flying together. “For the same reasons the Navy doesn't allow relatives on the same ship,” NASA spokesman Ed Campion explained. 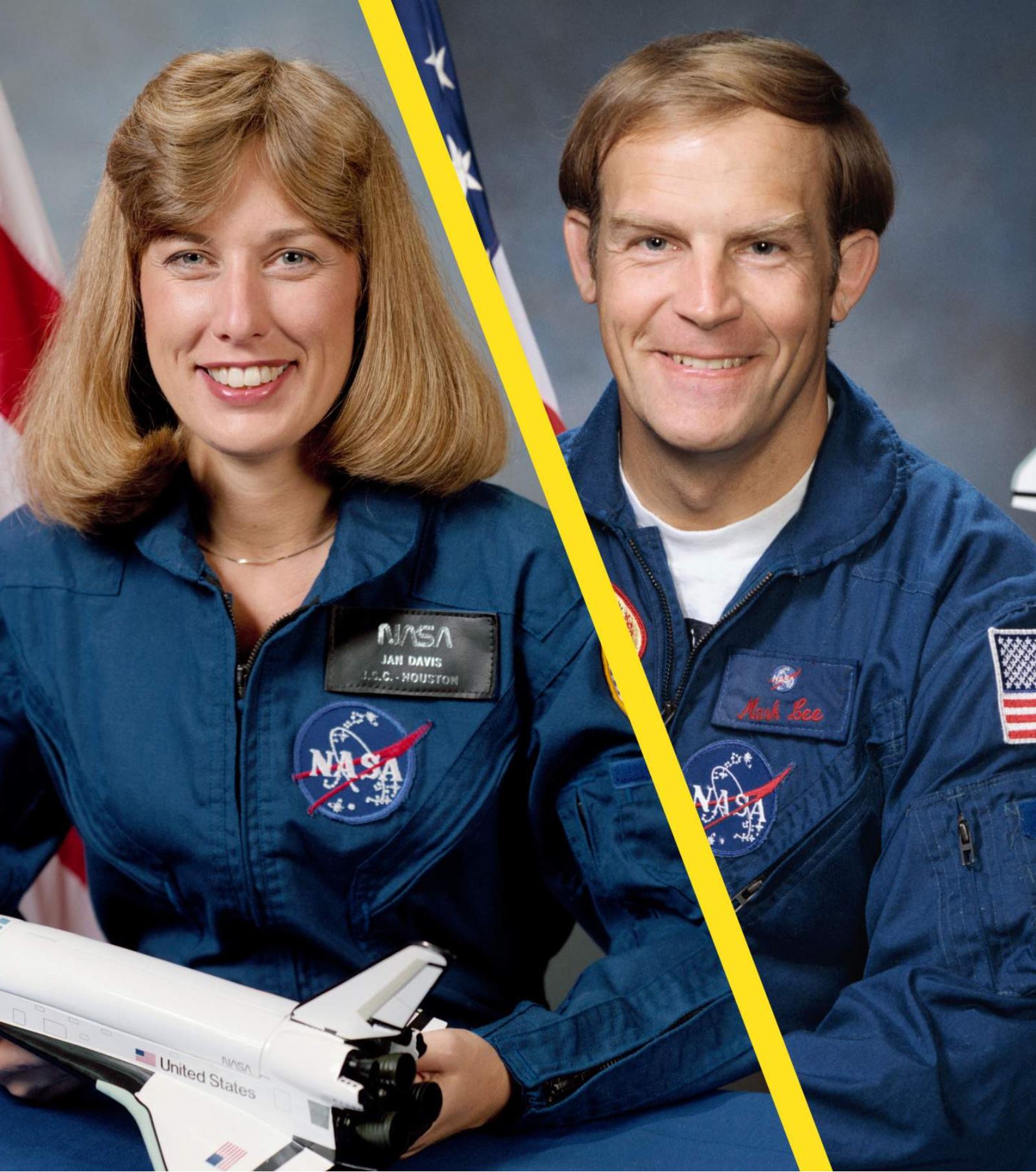 American astronauts Jan Davis and Mark Lee were the first and so far only married couple to fly together. Photo credit: NASA

Another famous astronaut couple, Karen Nyberg and Douglas Hurley, met during training — they were chosen for the same astronaut class, fell in love and got married nine years later. “Being both astronauts is helpful when the other is flying — no need to take the time to explain what is going on,” Nyberg said. The downside, Hurley added, is that “you know the risks more than the typical spouse may be aware of.” His wife agrees: it was more stressful for her to await him than to go on a mission herself.

Weddings and honeymoons may be forbidden for astronauts and cosmonauts, but what about space tourists? Seven people so far have flown a total of eight missions as space tourists, with all of the trips brokered by the space tourism company, Space Adventures.

“It isn’t possible now to send three tourists  to space at the same time — a groom, a bride and someone who has the legal power to marry them,” the head of Space Adventures representative Sergei Kostenko told Asgardia Space News. “It is possible to send two tourists simultaneously. And there’s always an opportunity to send one person and hold a proxy wedding, just as Yuri Malenchenko. Weddings are very welcome in space!”

Apart from being fit and receiving the necessary training, newlyweds will need a significant amount of money: around $130 million if they decide to fly together. Such a wedding or  honeymoon costs more than Prince William’s and Prince Harry’s weddings combined.

Blue Origin, owned by American billionaire Jeff Bezos, also offers short space trips that are likely to cost $200,000-$300,000 per ticket. The company is going to begin test flights in 2019.

There are no official, confirmed reports of anyone having sex in space. Yet there are many speculations on this topic. According to a widespread legend, Soviet and later Russian cosmonauts had tried it on an orbital station.

In 1982, then-34-year-old Svetlana Savitskaya, the second woman in space, spent eight days on the Soviet orbital station Salyut 7. She arrived to the orbital station with two male cosmonauts, and two more were already on the station. What happened then is rumoured to be the first time sex was attempted in space.

Savitskaya, her fellow cosmonauts and officials denied it. German astronaut Ulrich Walter affirmed it claiming that the Russian team doctor had told him at the time that it had been true.

“The Americans are a little prudish. They certainly never had sex in space,” said Walter, adding that because NASA is funded by public funds, it must therefore emphasize that nothing like this happens. 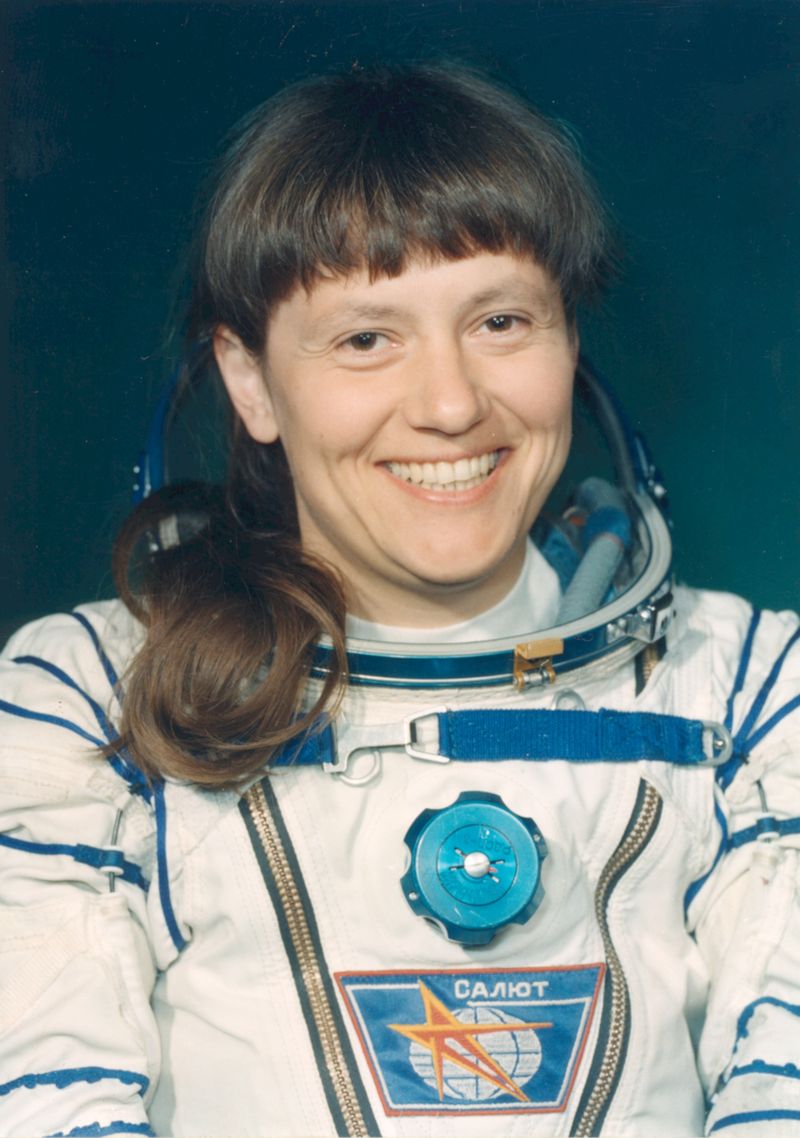 In 1982, then-34-year-old Svetlana Savitskaya, the second woman in space, spent eight days on the Soviet orbital station Salyut 7. What happened then is rumoured to be the first time sex was attempted in space

Cameras on every corner of the ISS do not make for a sex-friendly environment. In addition, copulating in space can be perhaps even more difficult of a task than having a wedding or a honeymoon there. Weightless sex requires one partner to hold onto a pole or otherwise stay in place, otherwise both partners literally drift apart.

A former NASA technician Harry Stine described how zero gravity intercourse was simulated in a buoyancy tank used for astronaut training. “It was possible but difficult and was made easier when a third person assisted by holding one of the others in place.” Incidentally, this is how dolphins often procreate: two copulate and a third keeps the other two together.

But as Laura Woodmansee, the author of the book Sex in Space, puts it, intercourse in space “will probably take some practice and hard work at first. Since people are very creative, I have no doubt that it will make for a wonderful otherworldly experience”.

The Future of Love in Space

With many more options for space tourism in the coming years, some may take romance to an entirely new level with space weddings and honeymoons. Alluring as ever before, space continues to offer new insights and possibilities to humanity. As the saying goes, a little romance never hurts.