What is an Embryo? Scientists Warn Against Using Artificial Embryos to Make Humans 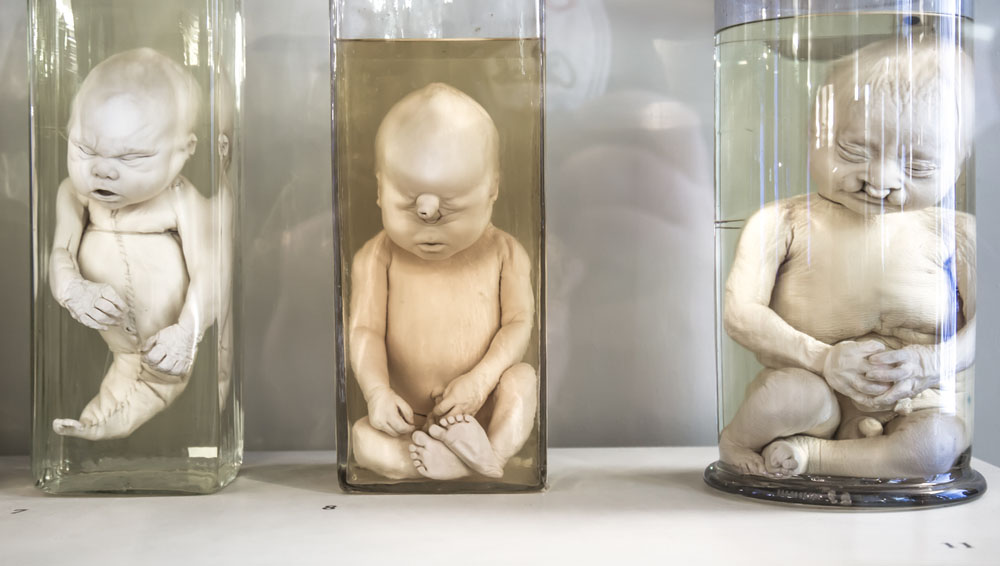 Should stem cells be considered people? As scientists get closer to manufacturing viable human embryos from stem cells, a multitude of legal and ethical questions arise

In a study published in yesterday’s edition of Nature, a team of researchers from the University of Michigan headed by bioengineer Jianping Fu and biologist Deborah Gumucio is reporting that they have they are able to manufacture models of human embryos from stem cells.

These stems cells live for a few days, during which they multiply, change and organize themselves. In short, they do everything they should in order to become an embryo.

Although the artificial embryos don’t have the tissue necessary to make a placenta, they were still able to make the round structures that contain what should become the amniotic sac and the inner cells of an embryo.

Alfonso Martinez Arias, a geneticist at the University of Cambridge who was not involved in the study, said that it is uncanny how much what the stem cells have formed resembles a human embryo. 'This one is particularly spectacular,' he says.

In their research, Fu and Gumucio looked at the embryo’s first few days of development, taking it a step further than previous researchers. The team placed individual stem cells into microscopic slots on a microfluidic chip. Then, chemical clues were given to the cells to help them begin the division process. The team already made news with their preliminary results in 2017, and now they report that they have made hundreds of embryo-like structures. According to their results, more than 90% of stem cells turn into such structures.

'This is the new standard for controllability, which makes it into an experimental platform,' says Fu. 'Each channel has many chambers, and each can trap a little ball of pluripotent stem cells. Chemicals only reach one side of the ball, so when and where the stem cells are stimulated is very controlled.'

The study has potential implications in the fields of fertility and early pregnancy. These are not embryos quite yet and cannot become a person. Still, the research race is on – both in Europe and in China – and there are already questions about exactly how close scientists are to the synthetic creation of viable human embryos.

The embryos developed by the University of Michigan team did not push the ethical boundaries: allowed to live for only four days, they lacked the cell types to qualify it as a real conceptus (the implanting embryo).

That doesn’t mean that the legal and ethical issues should not be discussed now, as scientists believe that they are quite close to synthesizing viable embryos in a lab. Research in mice has progressed to the point of implanting the female mice with artificial mouse embryos, although no live animals have been born – yet.

The fear, of course, is that before long, scientists will be creating human embryos in the lab – utilizing the process to make genetically modified humans. In December 2018, Martinez Arias, Fu and others wrote an editorial in Nature – 'Debate ethics of embryo models from stem cells' – in which they urged regulators to ban the use of stem-cell-based entities for reproductive purposes, while permitting scientific research, but prohibiting the use of synthetic embryos in starting pregnancies.

Fu says that while it seems “crazy” that someone would use a synthetic embryo to create a human, he considers a legal ban necessary. 'Many scientists are trying to push boundaries, and people are crossing lines,” he said. “If you let scientists self-regulate, that is how the gene-edited babies happened. I don’t trust self-regulation.'

Already, teams of scientists in Japan and the UK are using the Michigan’s team microfluidic device to look at how certain cells are differentiated as future sperm or egg cells. The hope is that this knowledge will allow researchers to find ways of creating reproductive cells for people who lack them.

The Ambiguities of the Law

Currently, the Dickey-Wicker Amendment – the law governing human embryo research – says that any human 'organism' made from stem cells can be considered an embryo. The National Institutes of Health (NIH) are left with uncertainty as to whether they can fund this type of research.

The law does not define what constitutes an organism, which is why the NIH started passing grant applications to a special steering committee comprised of agency officials who make a judgment call concerning every application regarding whether or not it would violate the statute.

'We don’t have a funding policy, but we need to judge each grant that raises concerns,' says NIH’s Carrie Wolinetz, associate director for science policy. 'They can say [this] poses too great a legal risk…[T]his is a very rapidly evolving area of research and science and we want to understand it.'

The National Academies of Sciences, Engineering and Medicine are holding a one-day workshop in the near future to define the difference between mammalian embryo model systems and bona fide mammalian embryos. Both the NIH and the International Society for Stem Cell Research, an organization representing stem-cell biologists, will participate in the event.

The federal policy changes – referred to as abortion politics – have not helped navigate the funding confusion. In June, the Department of Health and Human Services (HHS) issued a statement that it will cease all government-funded research that uses fetal tissue from abortions. There are exceptions: the government may still fund academics, but only after a lengthy ethics review.

The HHS emphasized that it will ensure the funding of alternatives to fetal tissue, prioritizing models mimicking embryos. At the same time, when inviting researchers to apply for funding for the development of fetal-tissue alternatives, it excluded human embryo model systems.

In short, politics are affecting funding – and in an odd way. 'It’s bizarre—brain organoids are fine, but vaguely embryo stuff is not,' a researcher told MIT Technology Review off-the-record on the condition of anonymity.

A team at Rockefeller University has mimicked groups of cells that organize in a way that resembled the early formation of the brain and nervous system – what they called neuruloids. Because of difficulties in pursuing the study of human embryos, they formed a startup that will screen drugs on the neuruloids to further the research for conditions such as Huntington’s disease.

At the heart of the issue is the confusion regarding what is an embryo and what is not. The researchers, however, are unstoppable: 'We are not slowed down by any of this. We just use private funds.'

Photo credit: Shutterstock. St. Petersburg, Russia-October 08, 2016: exhibits of the Museum of anthropology and Ethnography of the Kunstkammer. Embryos in banks.