Yun Zhao: ‘We Need to Set Up a Transparent and Accountable Judiciary’ 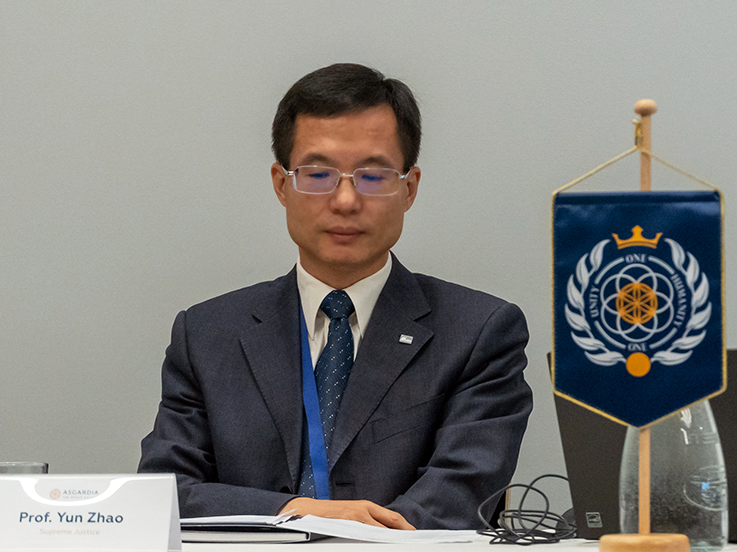 On the second day of Sitting of Parliament held in Tallinn, Estonia, Asgardia’s Supreme Justice Yun Zhao spoke about the legislation process, Asgardian judiciary system and the challenges ahead at the II Executives' Congress held during the Sitting

After the encouraging speech of Prime minister, Ana Mercedes-Diaz, it was Yun Zhao’s turn to speak.

Asgardia’s Supreme Justice started his speech by thanking all Asgardian citizens for complying with the laws and the regulations in the past period.

Zhao thanked Parliament for its productive work: ’Court is a place to apply the law. We are grateful to the parliament in the provision of legislation, in the law making. Yesterday, 8 laws were put forward for debate. I think it is a good start,’ stated Zhao.

‘It is very important for the court to apply law, to be able to interpret the law ... In the long run, we will definitely need to see many more laws coming up,’ Zhao continued.

It is rather important to have basic laws legislated by the Parliament, including civil law and criminal law — these two are the most important and basic laws in a nation.

Civil law deals with the relationships of individuals, private entities in daily transactions. Criminal law has something to do with the punishment, it makes sure that the whole society is moving ahead in an order.

Zhao pointed out that we can’t expect all laws to be in place within one or two years, it takes more time, so we should be patient, while prioritizing laws for the legislation.

Another crucial step according to the Supreme Justice is to ensure the rule of law and the legal security for individuals and private entities.

To summarize the Ministry's goals, Zhao stated: ’The Asgardian judiciary system should become a protective umbrella for its people!’