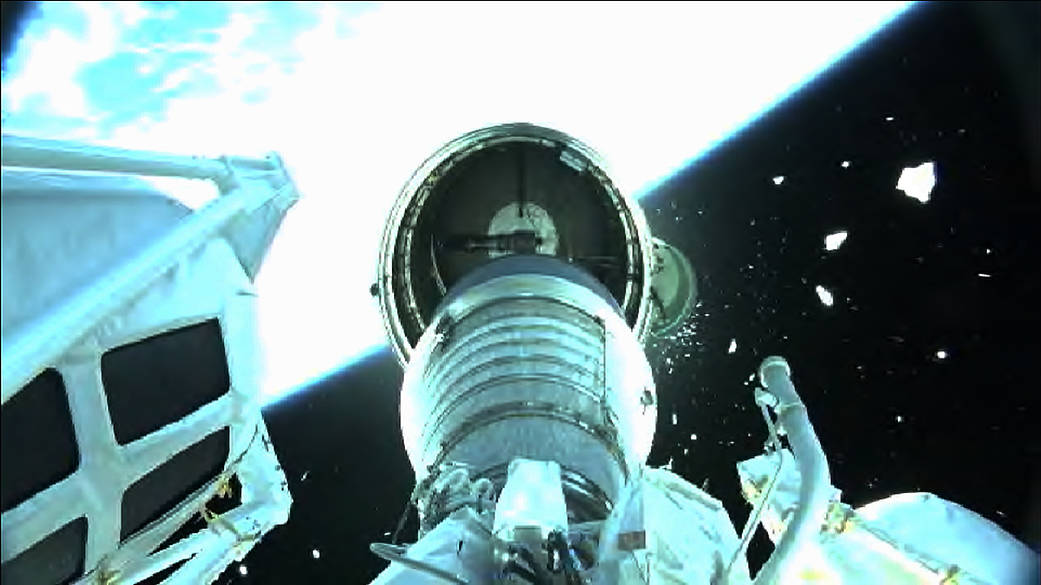 On Monday an NASA’s asteroid-mining mission, the OSIRIS-REx probe officially arrived at Bennu, the 500-meter-wide asteroid. The spacecraft will spend months here, then descend to collect samples and send them back to Earth.

Meanwhile, another NASA probe, the Mars InSight lander will measure seismic Marsquakes and bore into the surface to measure the thermal flux under the surface. This is a geology mission whose goals is to collect never-before-seen data on the internal structure of Mars.

Even though these robotic explorers are working millions of miles apart, together they’re going after the same question: how did the solar system form? Each probe is offering new hard, forensic evidence for planetary scientists, geologists, and astronomers to shape a unified view of Earth’s origins, and how other planets could host many different varieties of life.

In fact, concentrating scientific minds and government budgets toward Mars changed everything.

Beau Bierhaus, a veteran space mission engineer at Lockheed, explained that this focus on Mars kick-started the program that led to the Mars Global Surveyor, Mars Odyssey, Mars Reconnaissance Orbiter, and many other landers.

And when it comes to Mars, there is strength in numbers. During last week’s InSight landing, the Mars Recon Orbiter and Odyssey both functioned as communication relays, in conjunction with two twin CubeSats that launched with InSight earlier this year. If anything failed during the landing, their view of the disaster would be the key forensic evidence used to find out what took place.

What’s more, once the science seriously begins next year, even more, predecessor probes will take part in the mission.

The science also benefits from multiple missions, generating questions that the next mission can try to answer. For instance, evidence of water and ice on Mars have resulted in questions about past habitability, so InSight will use geological tools to learn the origins of Mars. This will also provide clues to why Mars became hostile to life while Earth has allowed it to thrive.

The next primary NASA probe is set to land in 2020. This rover will focus on a geologic treasure hunt while it scouts for rocks that have signs of microbial life and stashes them for a future retrieval mission. However, that mission currently has no funding. The primary target is the Jezero Crater, which scientists believe was once a river delta thanks to spectroscopic images taken by various orbiters.

Mars makes it evident that more can be gained from scientific campaigns instead of one-time missions.

For example, the OSISRIS-REx probe is focusing on the raw ingredients that led to the formation of Earth, according to Beau Bierhaus, a veteran space mission engineer at Lockheed.

He added that the asteroid probe is one of the missions that are part of that fleet of spacecraft that are transforming our understanding of our solar system and earth’s place in the solar system.

While many probes are working to solve these long-standing mysteries, there’s always the question of paying for future missions. There is no funding for a NASA Mars mission after 2020. Instead, the focus is shifting to space telescopes and sending humans back to the Moon. But hope remains that the progression of engineering from the “Golden Era” of space exploration will result in future missions being less expensive and more likely.

Regardless, these vehicles are forever changing the understanding of our cosmic neighbourhood.