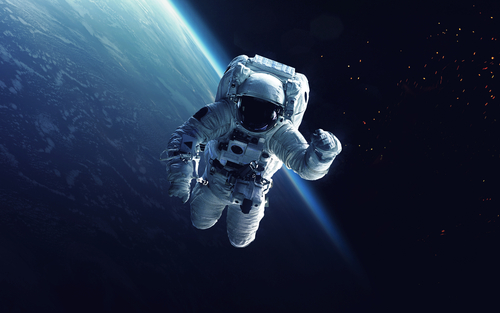 Elon Musk’s aerospace company, SpaceX, is trying to send people to Mars and colonize it as fast as the year 2024. While, Amazon CEO Jeff Bezos is trying to colonize space with his spaceflight company, Blue Origin. Even NASA is working hard (though with some stumbles) to build a towering interplanetary rocket known as Space Launch System.

However, once you send humans to the red planet, they either have what they need to survive, or they die. A risk that was dramatically portrayed in the sci-fi book and movie “The Martian,” where a stranded astronaut survives on leftover potatoes, freeze-dried feces, and a lot of ingenuity.

Thus, a new startup rocket company called Relativity Space, which is being backed by Mark Cuban, sees a vital opening for business in this realm.

Another intriguing development for Asgardia who could use this technology to help further their goal of building habitable platforms in space.

Tim Ellis, a co-founder of Relativity Space, told Business Insider that they feel it’s inevitable that if humanity is going to colonize space, 3D-printing is the only way to manufacture things such as tools and replacement parts. Ellis is a rocket-propulsion engineer who formerly worked at Blue Origin.

On that note, Ellis confirmed that the company is working on how to 3D-print an entire rocket.

However, seeing that spaceships bound for Mars won’t be flying until the 2020s at the earliest, space colonization is a distant business venture for Relativity Space.

But let’s take a look at what the company is currently working on how it plans to accomplish its long-term goal.

While Ellis worked at Blue Origin, he was responsible for helping to bring 3D-printing to the company quickly and cheaply that helped build custom parts for them. Ellis explained that it inspired him to see 3D-printing as the future of rockets. Adding that in this entirely new process they saw how much time was saved when building rockets.

The type of 3D-printing Ellis is referring to is known as laser sintering. The system uses laser beams to bond powdered metal, layer by layer, into precise and complex structures that have minimal parts.

Ellis explained that, as of now, spaceflight companies are only dipping their toes into the technology. Stating that they’re just printing parts here and there and cannibalizing launch systems from the bottom-up. The issue with that method is that there are close to 100,000 parts in a rocket.

As a result Relativity Space believes they have a strong value proposition. According to Ellis, other companies are 3D-printing less than 1% of their parts, but Relativity Space is looking at achieving 95% by the end of 2020, referring to the company’s planned “Terran” rocket.

Instead of about 100,000 parts, Terran could use only 1,000. The system is built to launch up to a car-sized satellite into low-Earth orbit.

Ellis co-founded Relativity Space with another engineer named Jordan Noone and now worked as the CEO.

Noone, the company’s CTO, is a former SpaceX employee who worked on Elon Musk’s Dragon spaceships and engines. Noone also interned at Blue Origin for a few months in 2013, while Ellis was working there too.

Are you fascinated by the prospect of living on Mars? Would you be the first to help colonize space? Then join Asgardia today and connect with forward-looking people.