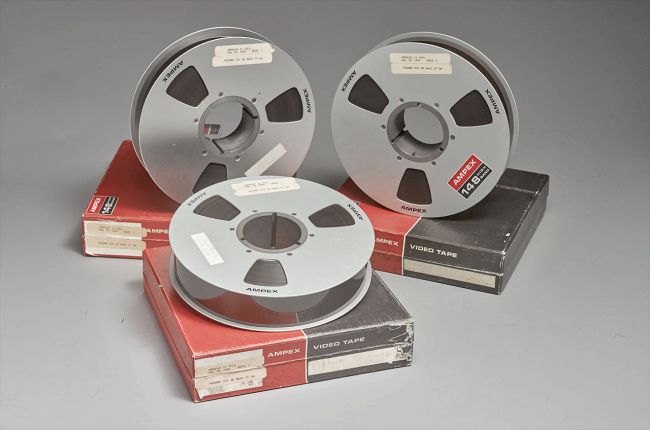 This summer, the mystery of the lost Apollo 11 Moon landing footage unfolded when a former NASA intern, Gary George, put allegedly the best surviving footage up for auction at Sotheby’s, 50 years after the first Moon landing, and 13 years after NASA admitted they can’t find the Apollo 11 tapes

Back in 1976, Gary George bought more than a thousand reels of NASA videotapes at a government surplus auction without knowing the Apollo 11 footage was among them. He paid only $217.77 for 65 boxes of two-inch Quadruplex videotapes, and was later selling the tapes to a local TV stations for $50 each to record over. Fortunately, the three tapes labelled ‘Apollo 11 EVA’ were not among the ones he sold off.

This year, George made much more profitable deal, selling three reels of videotape holding a contemporary copy of the original July 20, 1969 moonwalk by Neil Armstrong and Buzz Aldrin for $1,82 million, 8300 times more than what he originally paid for them.

Before the auction dedicated to Space Exploration, Sotheby’s promoted the lot stating that George was selling the lost Apollo tapes.

Three original NASA videotape recordings of the Apollo 11 lunar landing. Unrestored, unenhanced and unremastered, the significance of the videotapes was recognized during NASA’s fruitless search at the time of the 40th anniversary of the lunar landing for its original SSTV recordings,’ was written on Sotheby’s website.

Back in 2006, when NASA admitted they’ve lost the original recording of the Apollo 11 Moon landing, they out a team together to locate the tapes for several years. However, they were not looking for the auctioned off two-inch tapes, but for the slow-scan recorded on special 14-track tapes. The search wasn’t successful and the tapes were considered destroyed by NASA engineers, who allegedly erased and reused them.

Two weeks before the auction, the Space Agency released a statement that the tapes ‘contain no material that hasn't been preserved at NASA.

Still, at the auction dedicated to Space Exploration held July 20 in New York, three bidders competed for the reels for about five minutes, and the winner paid $1,82 million for the 2-hour and 24-minute long footage (and a hard drive with a digital version of the material). Unfortunately, the name of the new owner of the Apollo 11 tapes remains unknown, since Sotheby's did not disclose the winning bidder.