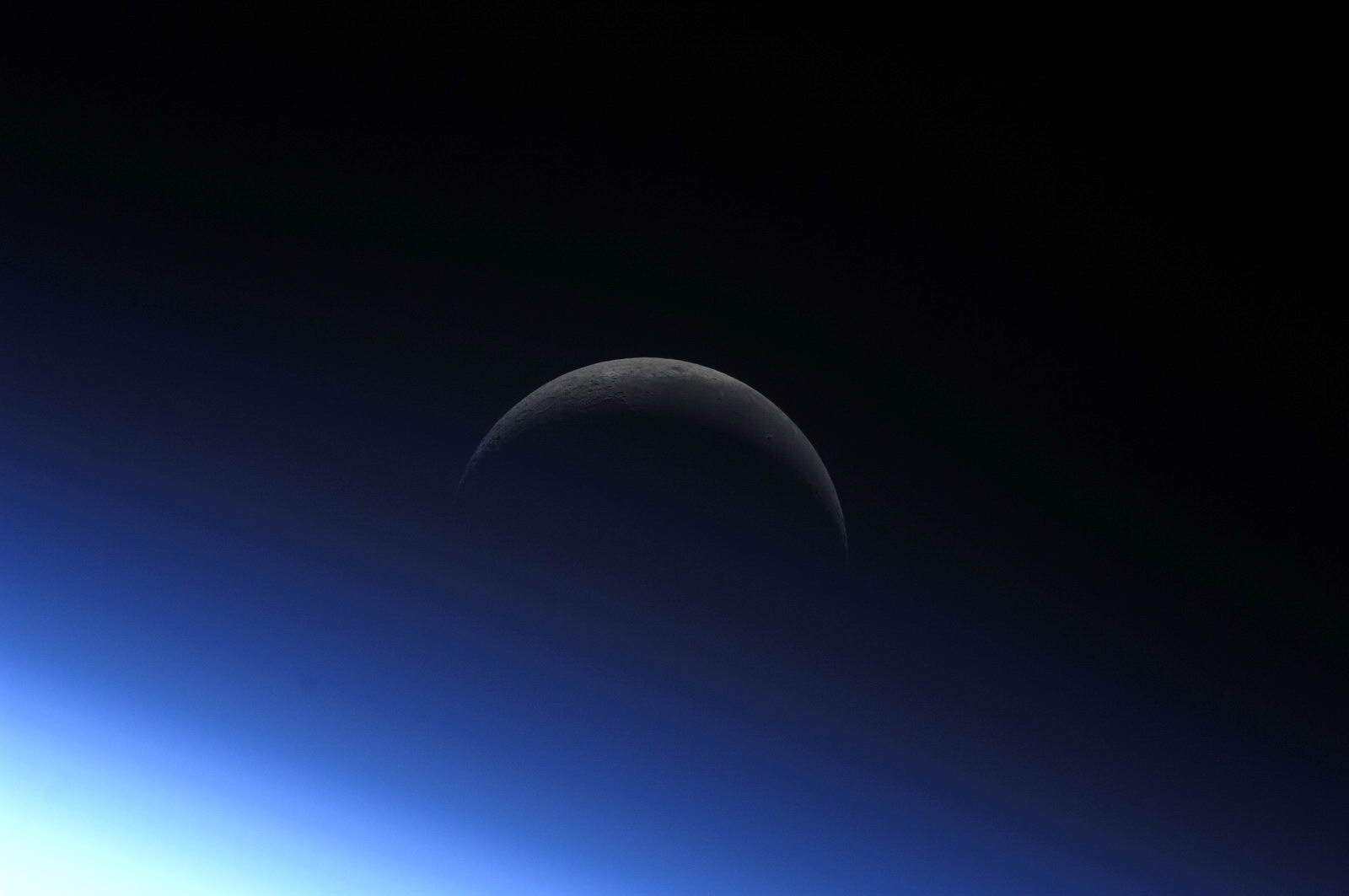 Astronomers have found the first direct and definitive evidence for the surface exposed water ice on the lunar surface. Most of the water ice lies in the constantly darkened areas around the poles of the satellite, where extremely low temperatures reign. The information was presented in an article published in Proceedings of the National Academy of Sciences of the United States of America – the official scientific journal of the National Academy of Sciences.

Because of the obliquity of rotation to the ecliptic plane in the polar regions on Mercury, the Moon and Ceres, "cold traps" are formed. They are usually located in the depressions or craters located near the poles of these bodies. Sunlight cannot penetrate them directly, so the temperature usually does not rise above -163C. It is believed that molecules of volatile substances, such as water ice, can move into these “cold traps”, accumulate, and remain stable for billions of years.

A team of scientist led by Shuai Li from the University of Hawaii analyzed data obtained in the near-infrared range with the Moon Mineralogy Mapper, which was installed aboard the Chandrayan-1 spacecraft, launched in 2008 by the Indian Space Research Organization. The scientists analysed the spectrum of radiation reflected from the surface of the moon. This method allows to directly measure molecular vibrations and distinguish water ice from the hydroxyl group (OH) or water in any other form (liquid absorbed by the surface or as part of hydrated minerals). It was possible to obtain a spectrum of “cold traps” by the light reflected from the walls of the craters in which they are located. Researchers studied areas directly observed in the darkest and coldest parts of lunar polar regions.

It was discovered that surface exposed water ice is found in the lunar Permanent Showing Region (PSRs) at a depth of several millimetres. The distribution is very patchy, with only 4% of PSRs showing ice features. The ice spectral features suggest that it was condensed from the vapor phase. In addition, scientists concluded that the ice in the “cold traps” is not clean at all -- its weight fraction can be 30%.

“There are other regions on the Moon showing water features,” Dr. Li told Asgardia Space News. “But we are not sure whether they are OH or water (H2O). They can also be explored as in situ resources. And also, a mission to the lunar poles will be very important to understand why the Moon is so different with other airless bodies. Where water ice could be found on other airless bodies, if they are cold enough, such as Mercury and Ceres.”

Previous evidence of the presence the water ice on the Moon was found by several expeditions. In the 1990s, scientists tried to search water using the Lunar Prospector neutron (spectrometer instrument) data and Clementine (was a low budget probe) bistatic radar data. But the neutron data can only sense hydrogen (H) bearing species and cannot distinguish H2O from hydroxyl groups (OH) and H.

In 2006, scientists used an Earth-based radar to search for water ice in the lunar South Pole, but did not find any. In 2009, the 3-micron bands of M3, EPOXI, and VIMS data were used to map the lunar surface water, but it could not be determined whether they are OH or H2O.

In 2010, the Lunar Crater Observation and Sensing Satellite (LCROSS) mission found more direct evidence of ice at the Cabeus crater. In 2015, the instrument called the Lyman-Alpha Mapping Project (LAMP) data onboard Lunar Reconnaissance Orbiter (LRO) was used to search for water ice in the lunar South Pole. But the signal was sensitive to both OH and H2O, and therefore the LAMP detection was not unique to water ice.

In 2017, the Lunar Orbiter Laser Altimeter instrument (LOLA) reflectance data was used to explore water ice near the lunar both poles. But the data is sensitive to both water ice and fresh fine grain lunar regolith. The interpretation of the LOLA data is also not unique.

“We are now certain that there is surface exposed water ice on the Moon,” said Dr. Li. “It can be utilized as in situ resources, such as drinking water and rocket fuels. Bring water from the Earth is super expensive. If we want to explore the outer solar system, launching from the Moon will save significant amount of fuels. And also, we can explore lunar surface water to make rocket fuels in situ.”