Parliament: List of Chairs and Deputy Chairs of Committees 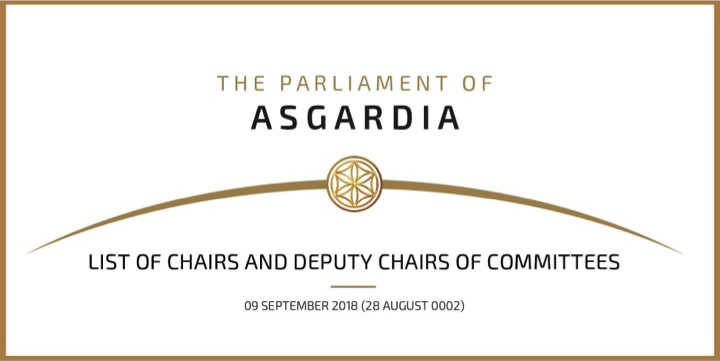 The full list of elected committee chairs for the first Parliament of Asgardia has been announced by the Speaker, Mr. Lembit Opik.

In total, 17 nominations were received for 12 select committees. Four chair positions were contested through polling. Simple voting was held for the rest of eight committees for which a single nomination was received.