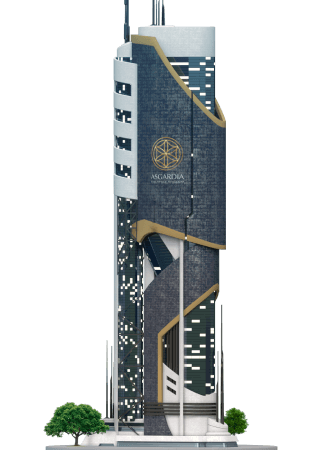 PARLIAMENT of Asgardia
The Parliament is an unicameral legislature representing all Asgardian citizens. It consists of 150 members selected from all-national equal direct elections on the basis of language in proportion to the 12 official languages of Asgardia. A Chairman and his deputies are elected by the Members of Parliament from among the members of the Parliament. Parliament comprises 12 committees whose areas of responsibility correspond to the Government ministries.
Members of Parliament

SIRIUS in the Parliament of Asgardia

SIRIUS in the Parliament of Asgardia

During his years in that role the movement achieved its greatest political advances since the party was formed.
Since 2010, Mr. Öpik has been very active in three areas: writing, broadcasting and public affairs. He is a published author of fiction and non-fiction, and a regular contributor as a political commentator on national and international programmes.

Elaborate, coordinate, and disseminate the information policy of the Government as well the coverage of its activities around the world and in space. Provide Information and Communication Technology (ITC) access to all citizens. Protect the use of information and accuracy of its content.

The Citizenship Committee has the task of overseeing the expenditure, administration, and policy of the Ministry for Citizenship and its associated public bodies.

The Justice Committee is appointed to ensure the effective operation of the expenditure, administration and policy of the Ministry of Justice.

The Trade Committee is appointed to contribute to the processes of the expenditure, administration and policy of the Ministry for Trade and Commerce, and associated public bodies.

The Science Committee exists to ensure that Government policy is based on good scientific and engineering advice and evidence.

The Committee for Culture participates in the development of the policy, administration and expenditure of the Ministry for Culture, and associated bodies.

The Safety and Security Committee is appointed to help to safeguard the integrity of Asgardia’s communication, trade and commerce systems.

The Finance Committee considers expenditure on services and has particular responsibility for the preparation and detailed scrutiny of Asgardia’s budget.

The Equity and Resources Committee is appointed to examine the expenditure, administration and application of the resources of Asgardia, and associated public bodies.

The Manufacturing Committee is appointed to add to the effective administration, expenditure and policy of the Ministry for Manufacturing and its associated public bodies.

If you have any questions please
write us the feedback form