Decision of the Supreme Justice of the Court of Asgardia. Special session from 09.01.2019 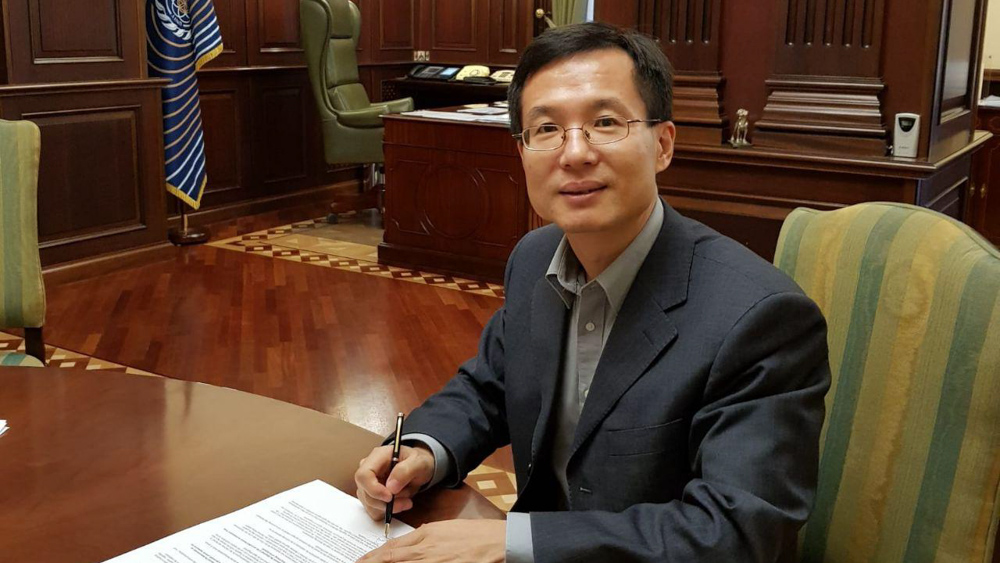 Professor, Head of the Department of Law at the University of Hong Kong.

On 24 June 24, 2018, Mr. Zhao was appointed as Asgardia’s Supreme Justice by Decree No. 19, in accordance with Article 35 of Asgardia’s Constitution. The decree was signed by the Head of Nation Dr. Igor Ashurbeyli at the first parliamentary session held in Vienna, where Mr. Zhao was introduced to the elected Members of Parliament.

Professor Zhao’s research interests include Space Law, Dispute Resolution, E-Commerce Law and International Economic Law. His appointment as Asgardia’s Supreme Justice takes into account his professional qualifications and experience in the field of space law, as well as recognition in the space law (and international law) community.

In 1995, Yun Zhao graduated from China’s University of Political Science and Law in Beijing with a bachelor’s degree. Three years later, he received a master’s degree.

In 1999, Mr. Zhao graduated from Leiden University in the Netherlands, where he obtained a master’s degree in Public International Law.

In 2003, he graduated from Erasmus University in Rotterdam with a PhD in international law.

Yun Zhao started his career at the School of Law of City University of Hong Kong in 2002, where he taught dispute resolution, Cyber Law for Business, Business Law, E-Commerce Law. He later joined the Department of Law of The University of Hong Kong, teaching Introduction to Chinese Law, China Trade Law, PRC Information Technology Law, and Online Dispute Resolution.

On 28 February 2006, Professor Zhao became a Council Member of Hong Kong Internet Forum (HKIF). The forum shared latest updates on the recent development of Internet-related policies in the regional and global arena. This helped broaden the horizon of users who were previously restricted to receiving updates only on the local developments.

In the past few years, Mr. Zhao has conducted different research in the area of space exploration. He is also currently exploring significant topics such as the problem of space debris, the exploration of the space resources, the non-appropriation principle in space, etc.

Professor Zhao has published widely on various topics, and in particular, on the topics of space law and dispute resolution. He has authored more than ten books, including:

According to the largest abstract and citation database Scopus, Professor Zhao has published 21 researches by topics: social science, engineering, Earth and planetary sciences, economics, econometrics and finance, physics and astronomy.

Professor Zhao sits on the editorial teams of several Social Sciences Citation Index journals, including as China law editor of the Hong Kong Law Journal and as executive editor of the Journal of East Asia and International Law.

In October 1999, Yun Zhao became the first winner of The Isa Diederiks-Verschoor Prize: International Society for Air and Space Law;

In October 2001, Yun Zhao became the first winner of the SATA Prize: Foundation of Development of International Law in Asia;

In May 2003, he received Honorable Mention in the Maxim Tarasenko Essay Competition: Space Policy;

In October 2006, Professor Zhao became the winner of the Prof. Dr. I.H.Ph. Diederiks-Verschoor Award 2006 by the International Institute of Space Law in France. The award was given for his paper, “Protection of Intellectual Property Rights in Outer Space”;